Important Notices: This site is best viewed in Internet Explorer 9.0 or above.

The key purpose of Wan Chai Development Phase II (WDII) is to provide land at Wan Chai North and North Point for the construction of the Central - Wan Chai Bypass and Island Eastern Corridor Link (hereafter referred to as "the CWB"). Land formed under the project will be developed as a waterfront promenade joining that at the new Central waterfront for public enjoyment.

Major elements of the WDII project include:

The construction works for WDII commenced in December 2009. The road works necessary for enabling the commissioning of the Central - Wan Chai Bypass was completed in January 2019. The WDII works at Wan Chai would be implemented under six CEDD works contracts. Four works contracts were awarded since end 2009 and all of them were substantially completed as at end 2018. The implementation plan of the remaining two works contracts would be determined to dovetail with the planning and developments in the Wan Chai areas.

The WDII works at North Point were substantially completed in November 2011.

The details of contracts are below: 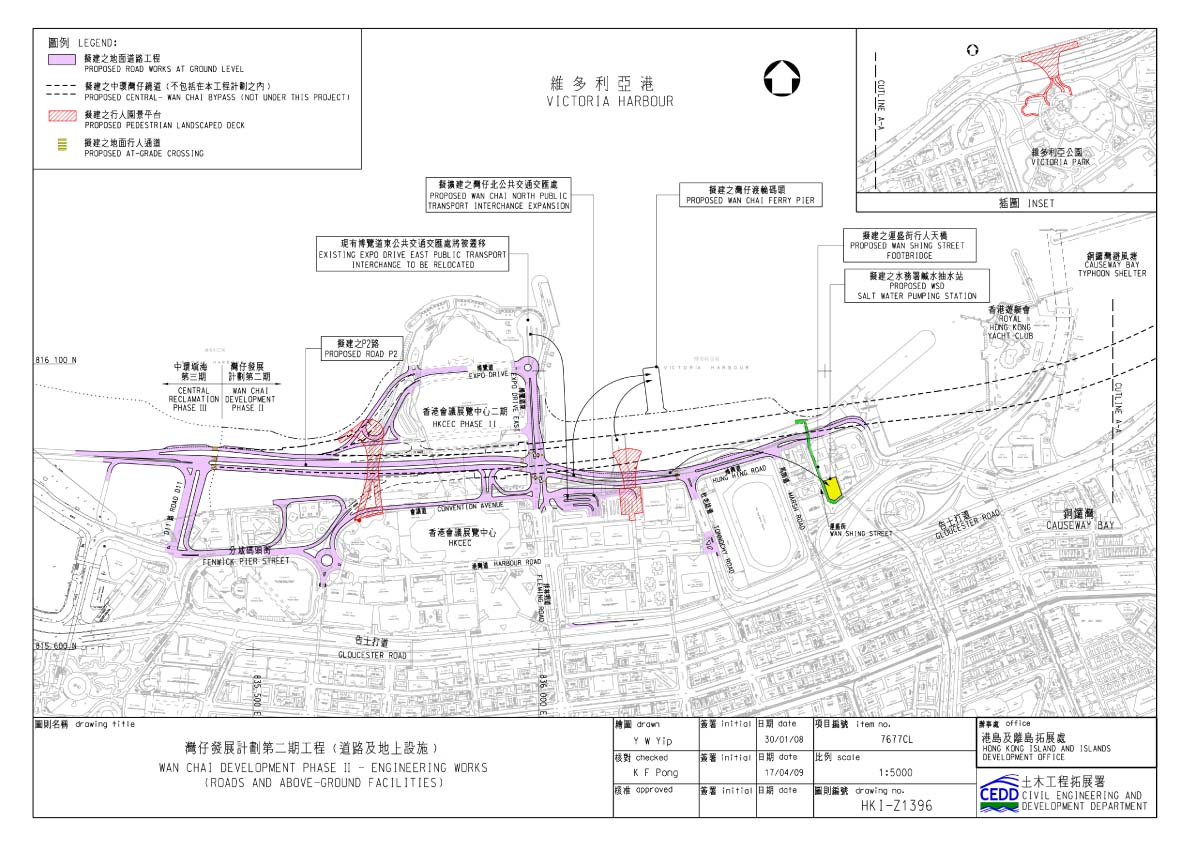